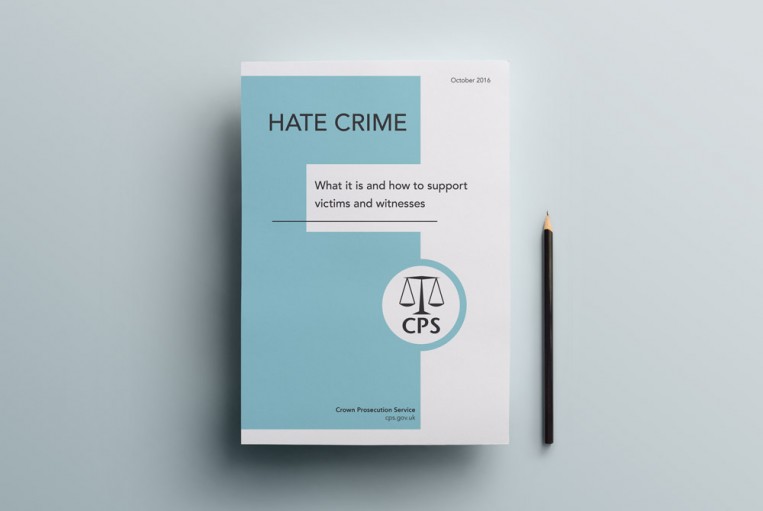 This guide is about hate crime and how to help those who may be victims of this kind of offending behaviour. It is designed for people working in voluntary organisations, as well as frontline staff in health, housing or social welfare – in fact anyone who might be the first to hear about an incident. It accompanies a guide to hate crime for people who may be victims or witnesses of such offences.

The term ‘hate crime’ can be used to describe a range of criminal behaviour carried out by one or more perpetrators, such as verbal abuse, intimidation, threats, harassment, assault and bullying, as well as damage to property. . It can also include ‘mate crime’, where the perpetrator can be a friend, carer or acquaintance, and befriends someone to exploit this ‘friendship’ for financial gain or some other criminal purpose.

The law protects people against discrimination, prejudice and hostility directed towards disability, ethnicity, gender identity, nationality, race, religion or sexual orientation. These are aspects of a person’s identity described in the law on equality as ‘protected characteristics’.

The following definition has been agreed between the Police and the CPS for identifying cases involving hostility based on protected characteristics:

The offender may assume something about the victim that is wrong. This doesn’t matter, because the hostility is still there, based on the characteristics that the offender has targeted.

There is no legal definition of hostility so the CPS uses the everyday understanding of the word which includes ill-will, spite, contempt, prejudice, unfriendliness, antagonism, resentment and dislike.

Do you or your client think that hostility might have played any part in the incident(s) complained of?